Have you ever-heard office politics? Is it all about backstabbing? Or we may say sucking up the right people? So, dear readers, yes office politics is quite common in almost every organization. It is a bitter fact. But obviously, a broken clock shows the correct time twice a day that means even the worst situation has its own benefits.

What is office politics?

Office politics is all about gossiping and spreading rumors. It is all about gaining favor by buttering the boss and taking the credit of others. When other workers notice that the workplace becomes political, they became less engaged, communicate less, and don’t want to contribute their ideas. Sometimes, the team lead became so partial that they can’t see others’ efforts instead of one. Due to this team unable to perform at the levels, they need to in order to achieve their targets.

What I think is favoritism is the root cause of office politics.

Have you ever seen your colleague and felt like he/she is getting special treatment while everyone else gets pushed aside?

Favoritism is the thing you can see almost everywhere whether it is an office or your school or college this is because it is human nature. It started with your favorite toy, but when it comes to the office it has its own impact mostly negative.

People enjoy working together until they are treated equally, but once the favoritism steps in the team divide and the workplace became toxic. It is all started with little things like getting appreciated for work whether it is appreciable or not, getting promotional benefits, and many more.

By not treating everybody equally, the team lead is encouraging a feeling of disdain and partition that can de-motivate representatives and harm group solidarity.

Also read: 5 tips to stay fit when you are office-going?

I’ll be around to reply to your comments. 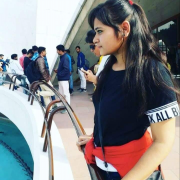 6 effective tips to improve your sleep

What is IoT? How it works? with 2 applications

Follow Us
Google Fined Rs. 30 lakhs for Violating Personal Data Law, Its First Fine for the Offense
19 hours ago