The basic difference between EV and Non-EV is that in EV cars Electrical energy stored in batteries act as a fuel and in Non-EV internal-combustion of the engine that generates power by burning a mix of fuel and gases is used.

The future of Electric cars in India

Thank you for reading our articles, if you want to read interesting tech news, please subscribe to our page and you will get the latest update from our website. 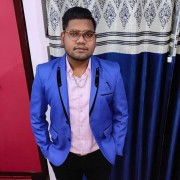 Sonu Kumar is an Electronics and Telecommunication Engineer from BIT Meerut, he is a content writer in AskUsTech.

What is AWS (Amazon Web Service)?

May 10, 2021
Check Also
Close
Follow Us
Google Fined Rs. 30 lakhs for Violating Personal Data Law, Its First Fine for the Offense
22 hours ago